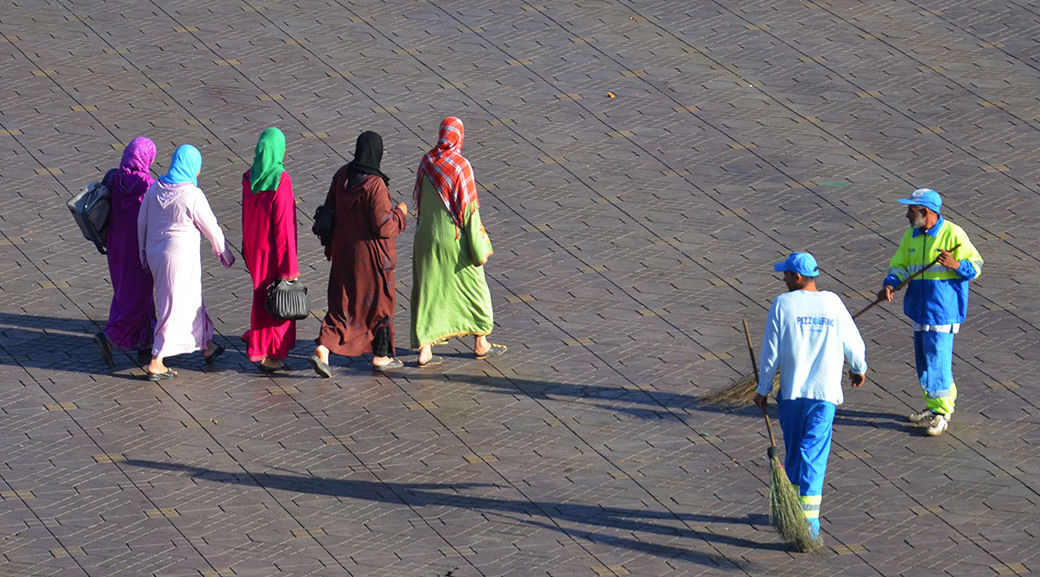 ﻿﻿﻿﻿﻿﻿﻿﻿I have always had a fascination with understanding behaviour and started my career as a qualitative researcher in 1994. In 2000, I joined HeadlightVision to set up the qualitative side of the business. In 2005, HeadlightVision merged with The Henley Centre and I became MD of the new business. In 2008 the business was rebranded as The Futures Company and I became Global MD, heading up the Qualitative & Innovation team. I also set up the Indian office.

I have worked on a number of key global clients, including Diageo, Nestle, Cadbury, Unilever & Aviva and am particularly interested in understanding emerging markets and emerging consumers. I have worked extensively in India, China & Indonesia. My focus is on using innovative research techniques to drive brand and consumer strategy, as well as exploring how new behavioural thinking can be applied to client challenges.

I am currently joint Vice-Chair of the AQR committee and have been actively involved in developing industry thinking around Behavioural Economics. BE provides fantastic opportunities to better understand consumer behaviour...exciting times!

I have a background in Applied Social Psychology and started my career as a strategic planner in BMP DDB and subsequently worked at leading agencies including AMV BBDO and Chiat Day. In 1996 I founded HeadlightVision in London and New York, a behavioural trends research consultancy which pioneered future facing research methodologies. HeadlightVision was acquired by WPP in 2003. Following mergers with The Henley Centre and then with Yankelovich in the US, I took on the role of Global Executive Chairman of the newly branded The Futures Company.

In the early 2000s we saw an explosion of understanding coming from behavioural economics. These frameworks and concepts allow us to make more sense of human behaviour than ever before. We launched The Behavioural Architects in 2011 to embrace this new learning, and it was the first UK agency with BE as its foundation. Our aim is to reinvigorate research methodologies as well as to develop new ones and to build bridges between the real world and academia. I have written and spoken widely on the subject for various institutions and publications, including the MRS, Marketing Society, Market Leader, Aura, AQR, London Business School and Impact magazine.

I started my career in management consultancy where I gained experience in business and marketing strategy and was trained in a diverse range of research methods and marketing science techniques.

I joined The Henley Centre in 1996 as co-editor of Media Futures and went on to lead the Communications consulting team, becoming Global CEO in 2005. I oversaw two mergers, first with HeadlightVision and subsequently with Yankelovich, leading to the creation of The Futures Company.

Alongside my management responsibilities I worked with key global clients, including BT, RSA, the BBC, PepsiCo and Nestle. I focus on blending creativity and rigour to create foundational insights to drive brand and consumer strategy. I also enjoy the challenge of embracing new thinking and exploring new ways of understanding consumers. B E is exciting because it helps to explain so much about what drives and influences us. It also takes me back to my days as an undergraduate wondering how economic models could capture the complexity of human behaviour. Now at last I have the answer!

A passionate qualitative practitioner, I started my career in the 90’s at the Market Research Institute – the first qualitative research agency in China. In 1995 I joined Oracle, the predecessor of Oracle Added Value. I moved on to Millward Brown in 2001 and became Qualitative Account Director leading a team of 5 people.

In 2006 I co-founded Research Essentials in Shanghai, whose vision was to deliver insights, brand and communication solutions inspired by genuine understanding of the people, culture and changes underway in China. My key clients include Kraft, Unilever and J&J (XJP).

Behavioural Economics provides insights into the many paradoxes about consumers that we as qualitative researchers observe and experience. I’m excited about the prospects ahead of us!

Trained in Germany, I started my career in brand marketing at Henkel KGaA in Dusseldorf. I spent 10-years working acrossa range of categories and geographic and cultural locations, including Europe and the MiddleEast, finally returning to China in 2004 to lead the Chinese launch of Schwarzkopf Hair Line.

I have always been fascinated about how different contexts can shape and impact our behaviour in all areas of our lives, as consumers and also as individuals. This fascination finally led me to move on and co-found Research Essentials in 2006. I’ve worked on a number of key global clients, including PepsiCo, Unilever and Sony Ericsson.

Merging with The Behavioural Architects will allow us to extend our international reach and critically tap into new thinking from the behavioural sciences, in particular Behavioural Economics. In this changing era, there is a big challenge and opportunity for qualitative research to embrace new thinking and help clients to stay ahead of change.

I began my career as a qualitative researcher in London with Diagnostics. I then became an agency planner working in the UK, the USA and Australia with agencies including DDB, Clemenger BBDO, Goodby Silverstein & Partners and Ogilvy & Mather where I became Managing Director of the Sydney office in 2010.

Before starting The Behavioural Architects’ Sydney office in September 2012, I set up and ran my own successful Research and Strategy Business, Russian Doll, a naming choice that reflects my deep desire to always delve down into the core of the matter.

It’s hard not to be interested in psychology when you are the son of a psychologist! Shaped by nature and nurture to be the curious type I studied Psychology - and Ecological Psychology in particular - in order to be able to better analyse human behaviour.

With Behavioural Economics there is finally a real-world science of decision-making which respects the fundamental importance of context in our lives and that helps us to understand why we behave as we do.

The Behavioural Architects' articles are always stimulating, entertaining and informative and make BE principles both engaging as well as usable for all our readers Editor Impact Magazine and Research-live.com

Our digital clubhouse which is designed to inspire, share best practice and delight would be very different without The Behavioural Architects Gemma Greaves Global Managing Director The Marketing society

TBA have brought behavioural science thinking to some of our challenges in a way that is accessible for colleagues from across the business and has created actionable outputs Martin Bryant, Senior Consumer Insights Manager, KFC UK and Ireland

The Behavioural Architects did a great job of understanding our needs in this multinational project. They used a behavioural-led methodology to deliver clear and actionable output Ruchika Khattar, Global Marketing Innovation Manager, PepsiCo

One of the best articulated deliveries of insight I have seen in 20 years in the research sector. Damian Stevenson, Head of Insight at the Amateur Swimming Association

The behaviour change research has been the lynchpin of our entire new strategy to get more people swimming Nick Caplin, Amateur Swimming Association, Director of Participation

I’ve worked with TBA on a number of studies... all of them have allowed us to get to a depth of insight into basic behaviour that has transcended borders. Catherine Moffatt, Vice President Global Shopper Planning & Customer Marketing, Diageo

The magic comes from how TBA works with us to get to simple, actionable ideas using the BE principles. Catherine Moffatt, Vice President Global Shopper Planning & Customer Marketing, Diageo

Every project has resulted in activities that have unlocked growth for Diageo but, importantly, they’re also pieces of work that we keep going back to and that continue to inform new activities long after the original studies were run. Catherine Moffatt, Vice President Global Shopper Planning & Customer Marketing, Diageo

We tasked TBA with a challenging brief on a national survey and they exceeded all our expectations throughout the process Jennifer Bufton, Sport England

Their enthusiasm and relevant application of this theory alongside highly actionable and impactful insight delivery that really engages our stakeholders. Jacinda Norman, Category Insights Manager, Waitrose

The team at The Behavioural Architects Sydney have played an instrumental role in uncovering the key behavioural challenges for the Bundaberg Rum brand. Clara Lee, Senior Insights Manager, Diageo Australia

By using behavioural principles in analysing research, we’ve been able to go beyond the rational system 2 responses and tap into the deeper, subconscious system 1 responses that are often difficult to articulate. Clara Lee, Senior Insights Manager, Diageo Australia

For the first time in over a decade, we have clarity on the shift that we need to make to bring our brand back into growth. Clara Lee, Senior Insights Manager, Diageo Australia

The TBA team are a friendly, highly organised and intelligent bunch of people to work with. We consider them an extension of our internal Insights team Clara Lee, Senior Insights Manager, Diageo Australia

The Behavioural Architects Sydney are a valued  business partner of the Water Corporation (Perth), who’s expertise and insights into behaviour change has been instrumental in helping to shape our communications strategy and to deliver an outcome that produces results.    Paul Tuffin, Customer Insights Manager, Customer Strategy & Engagement Water Corporation (Perth, Australia)

We are speechless! But so thrilled to win this with @google #MRSawards https://t.co/FxLB8NmAji

Exciting. Privileged to be among these other entries https://t.co/g9HwPKRs97